A former Newark high school basketball standout with a troubled history died after he was shot in the city over the weekend, officials said Wednesday.

City police found Savage shot on the 200 block of South 11th Street when officers responded to reports of gunfire around 7:40 p.m. Sunday, the prosecutor’s office said.

Savage was killed after a promising start as a high school basketball star, but he also faced several arrests in the area.

Once one of Newark’s top basketball players, the 6-foot-3 Savage averaged 19 points per game as a senior for Central en route to second-team all-state honors. He also had the grade-point average and SAT score to qualify for an NCAA scholarship, and North Carolina-Wilmington, Rider, Wagner, Central Connecticut State and others were recruiting Savage, his coaches say.

Savage’s college playing aspirations were cut short because of legal problems, beginning in February 2014, when Savage and others were charged with the robbery of a man shoveling snow in his driveway in Union County.

Eight days before the arrest, Savage surpassed 1,000 points for his career in a game against Verona.

Shawn McCray, Savage’s coach at Central, said he had spoken to Savage recently and the coach feared his former player was still “in the streets.”

“[Keywon] should have been on somebody’s college campus playing basketball,” McCray said. “That’s where he’s supposed to be. It’s just like you get caught up and you don’t know how to get out of it. You just get reeled in.”

Savage was arrested in December of 2015 and he was indicted for possession and distribution of 104 vials of cocaine and 106 envelopes of heroin, according to the Essex County Prosecutor’s Office. The case is ongoing, and he was scheduled to appear before Judge Siobhan Teare Monday. 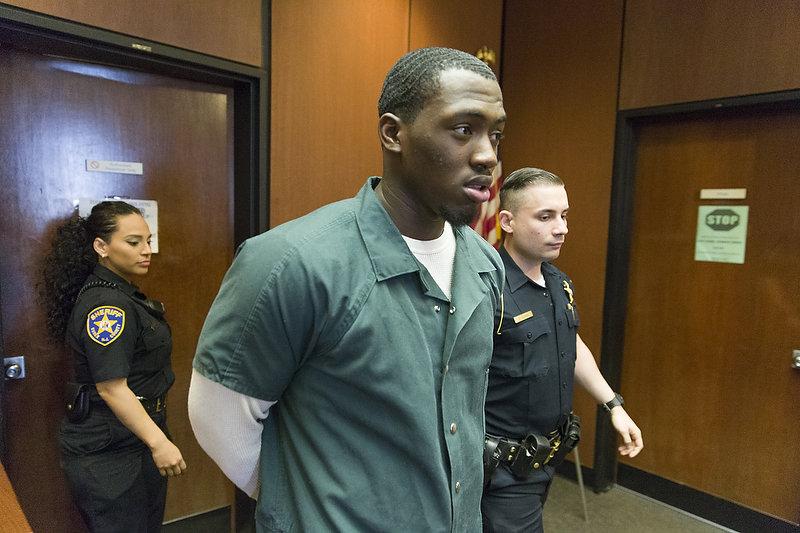 Savage also faced aggravated assault and weapons charges in connection with a November 2015 report of gunfire also on the 200 block of South 11th Street, according to authorities. A grand jury later declined to indict him on those offenses in August, officials said. Savage was released from the Essex County jail on Aug. 17, records show.