Two men who police said had illegal drugs and half a dozen automatic weapons were arrested Wednesday in Riverdale, police said.

David Taylor, 24, and Jeffron Allen, 21, were taken into custody Wednesday after police executed a search warrant in the 13800 block of South Halsted Street in Riverdale, at Taylor’s home, police said. 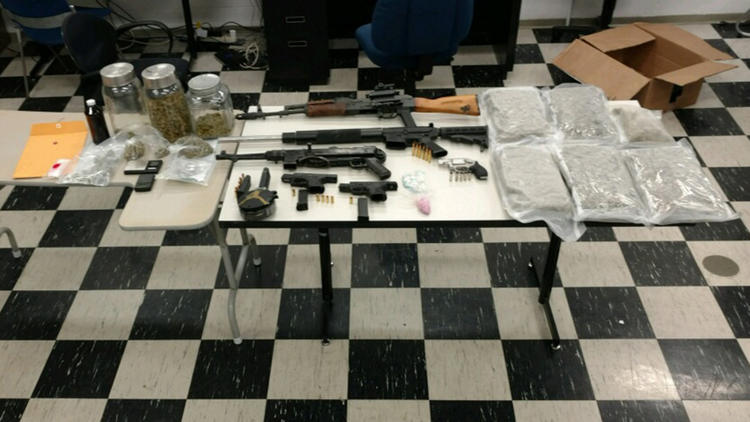 They were also charged with several misdemeanors including possession of ammunition without a FOID, possession of drug paraphernalia and four counts of having a firearm without a valid FOID card, police said.

Taylor and Allen, of the 9900 block of South Parnell Avenue in Chicago, were scheduled to appear for a bond hearing at the Leighton Criminal Court Building.