Five men are in jail without bond after Barrow County deputies say they uncovered a methamphetamine lab worth $1 million.

Channel 2 Action News has learned the Barrow County Sheriff’s Office Narcotics Unit was able to make the drug bust earlier this month after receiving a tip from a credible source.

They were told liquid methamphetamine had been moved from Mexico to a home in Bethlehem for the purpose of converting it to crystal meth. 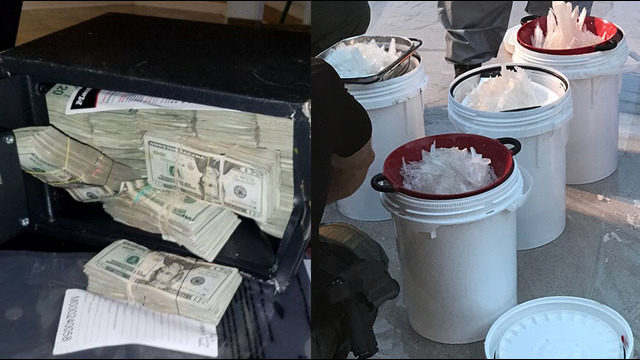 With this information, deputies executed a search warrant at the home on Sedgefield Trail. Inside they found 19 one-gallon containers filled with liquid methamphetamine in a bedroom closet.

Deputies said that’s about 45 pounds of crystal methamphetamine with a street value of $1 million. They also found three firearms, marijuana, cocaine and more than $250,000 in cash.