In Dec. 4, an Oregon State Trooper pulled over an SUV on Highway 140 in Klamath Falls after the driver appeared to be weaving in and out of his lane. The driver, later identified as Andrew Garrigan, and his passenger, Jacob Runion, both from Texas, consented to a search of the vehicle. 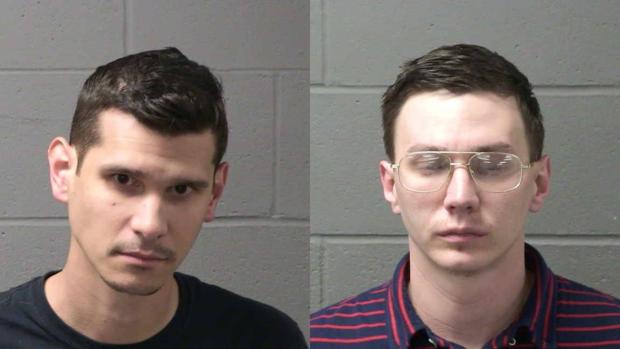 The trooper turned up quite a haul, police said. Hidden in secret compartments were: $444,030 in packaged cash, a stash of illegal drugs and prescription pills. Both men were arrested on suspicion charges ranging from money laundering to possession of a controlled substance to conspiracy. 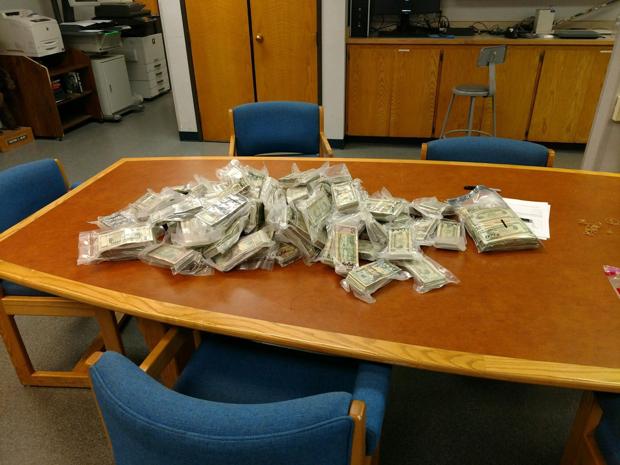 But even though the bust netted nearly half a million in cash, the seizure was far from the biggest in Oregon history. 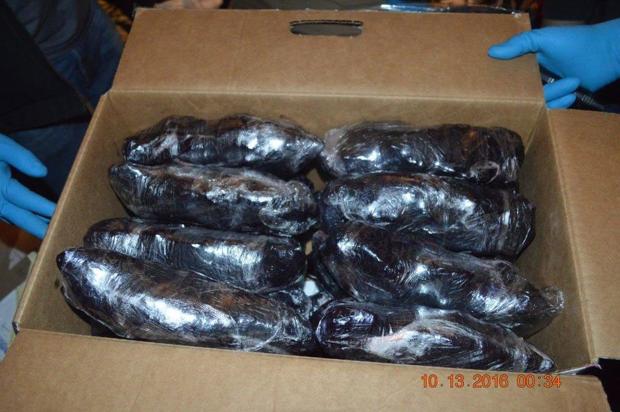 Deputies from the Clackamas County Sheriff’s Office, working with Portland police, raided three units of the River Run Apartments in Gladstone. Inside the apartments, investigators found 63 pounds of meth, estimated at $500,000, along with $39,000 in cash and a pair of pistols. 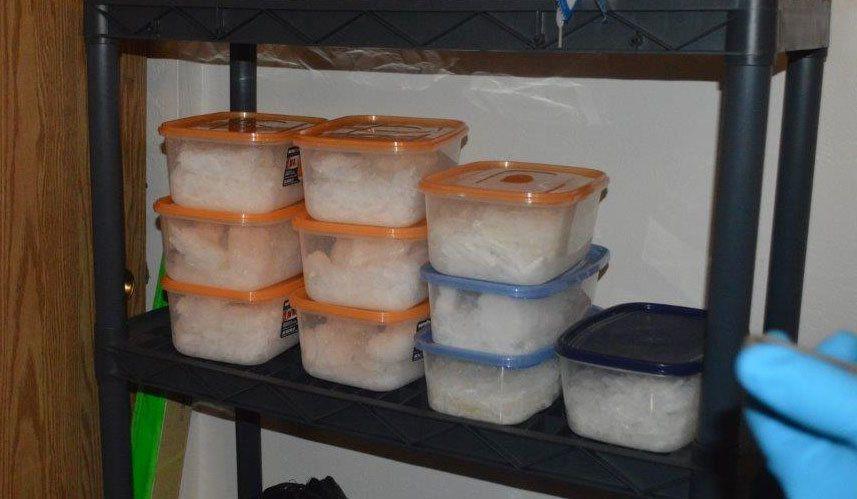 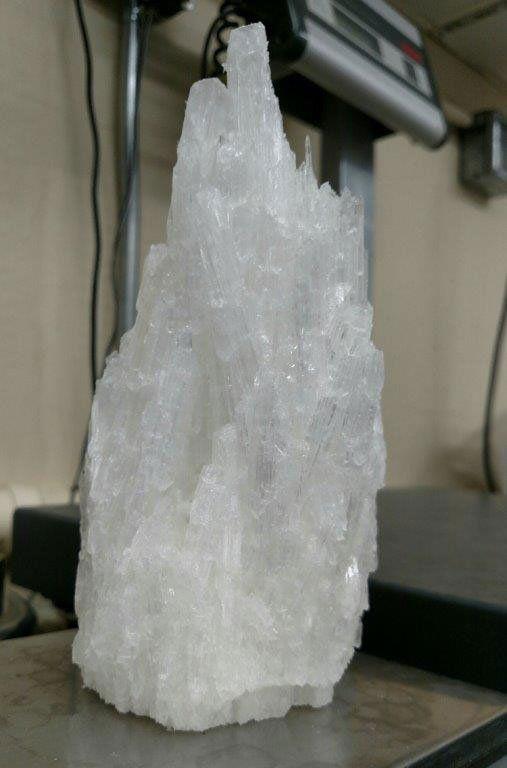 Raul Villanueva-Sosa, 32, and Jose Nataren, 32, were arrested on suspicion of possession and distribution of a controlled substance. 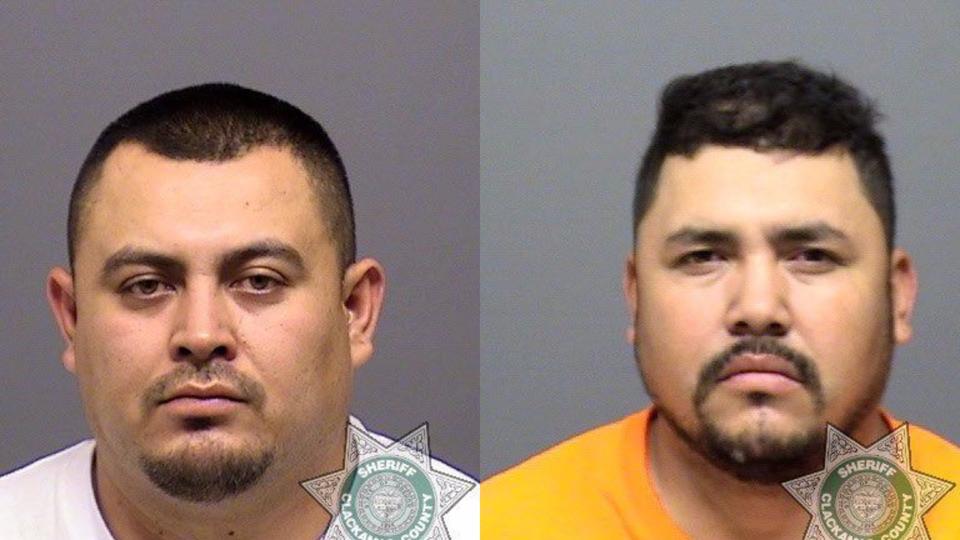 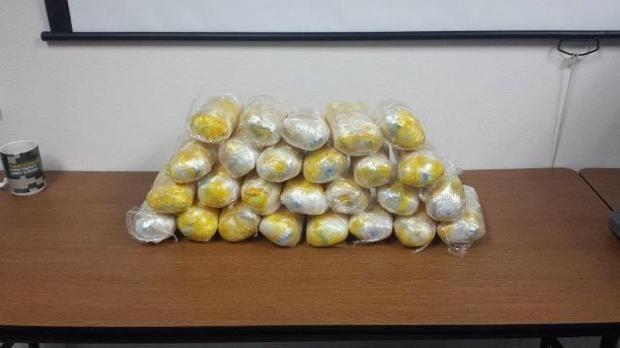 A state trooper stopped a car near milepost 35 on northbound Interstate 5 for a traffic violation. After consenting to a search, a drug-sniffing dog found 28 pounds of meth in a cardboard box in the trunk. The driver, Raymundo Cota Sauceda, was arrested on suspicion of possession, delivery and manufacturing of a controlled substance. 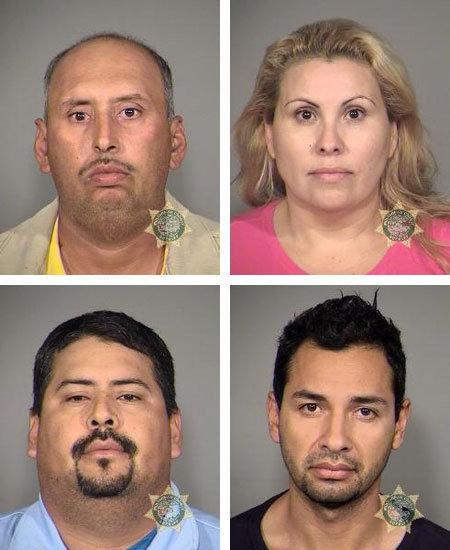 In September 2011, Portland Police netted the largest drug bust in the bureau’s history. After receiving information that a large amount of drugs would be arriving in Portland, officials obtained search warrants for the three properties.

Investigators found 28 pounds of heroin, two pounds of cocaine and $156,000 in cash, along with six handguns, a rifle and a ballistic vest. 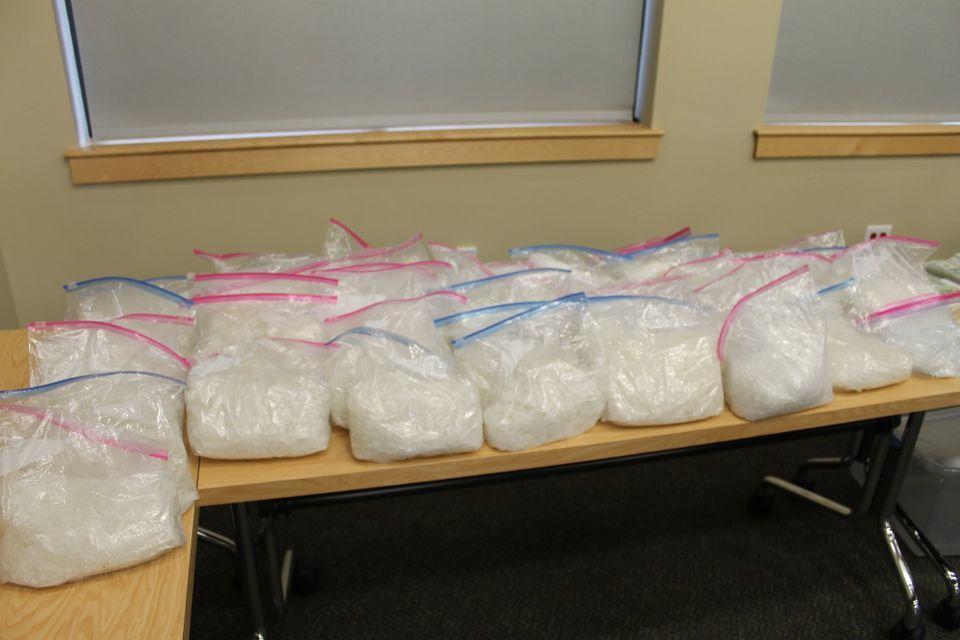 In what they said was their largest bust in history, the Multnomah County Sheriff’s Office seized roughly 100 pounds of meth earlier this year from homes in Portland and Gresham. Investigators also seized almost 2 pounds of heroin, pills, a handgun and nearly $30,000 in cash. 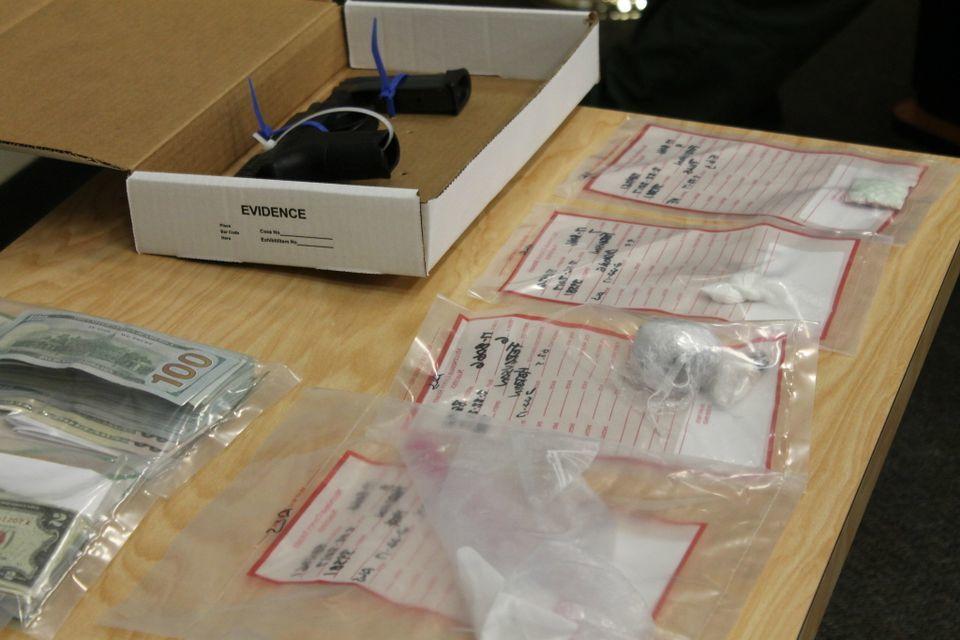 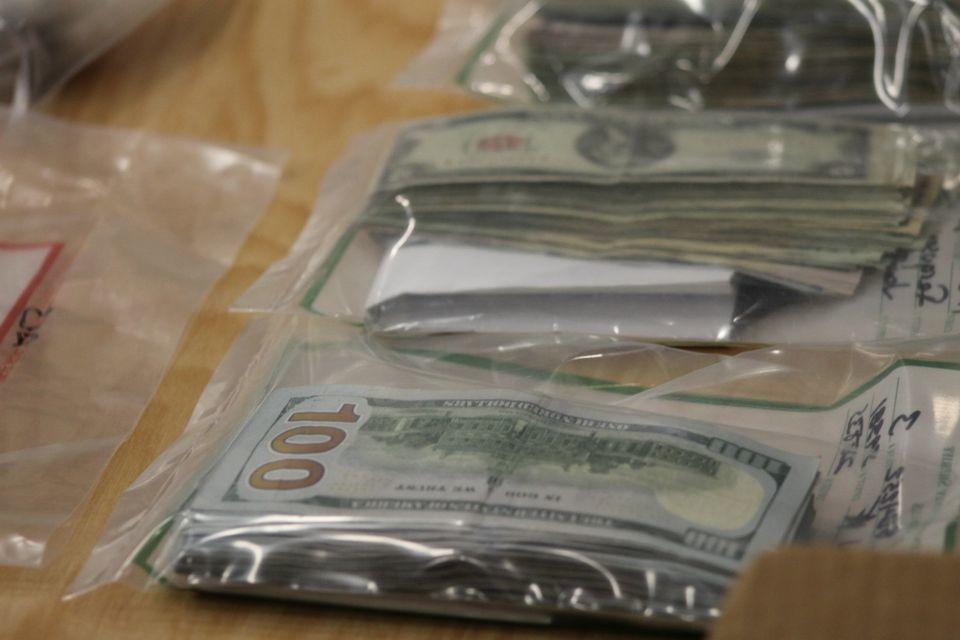 Officials said the stash likely would have equaled about 50,000 doses. Given the quantity, investigators suspected the methamphetamine came from a larger source, possibly connected to cartels in Mexico where it would have been manufactured in liquid form, and then converted to crystal in the Gresham apartment. 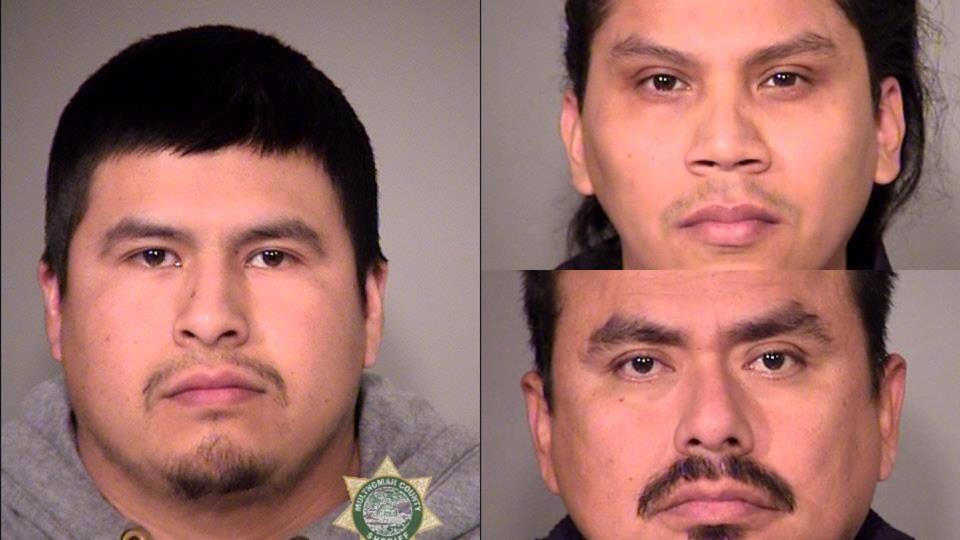 Alfredo Narcisco Pineda, 34, of Portland; Alejandro Lopez Gonzales, 25, of Gresham; and Celso Marroquin Benitez, 39, of Portland were booked into the Multnomah County Jail on suspicion of possessing and delivering methamphetamine and heroin. 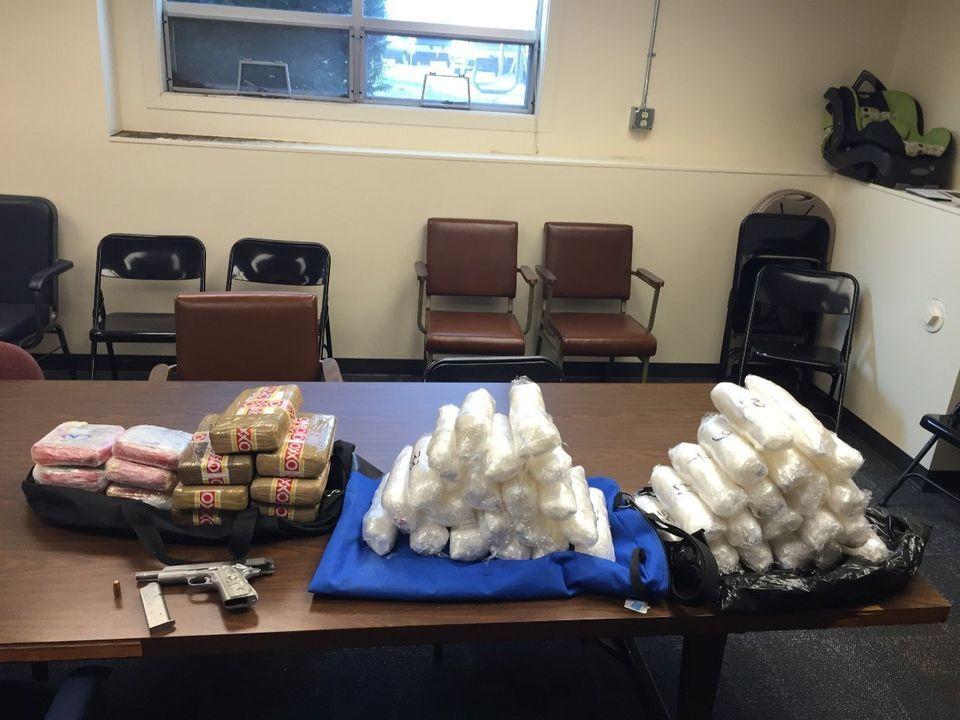 In perhaps the state’s biggest drug bust ever, state troopers seized an estimated $2.3 million worth of cocaine and methamphetamine in February 2016. 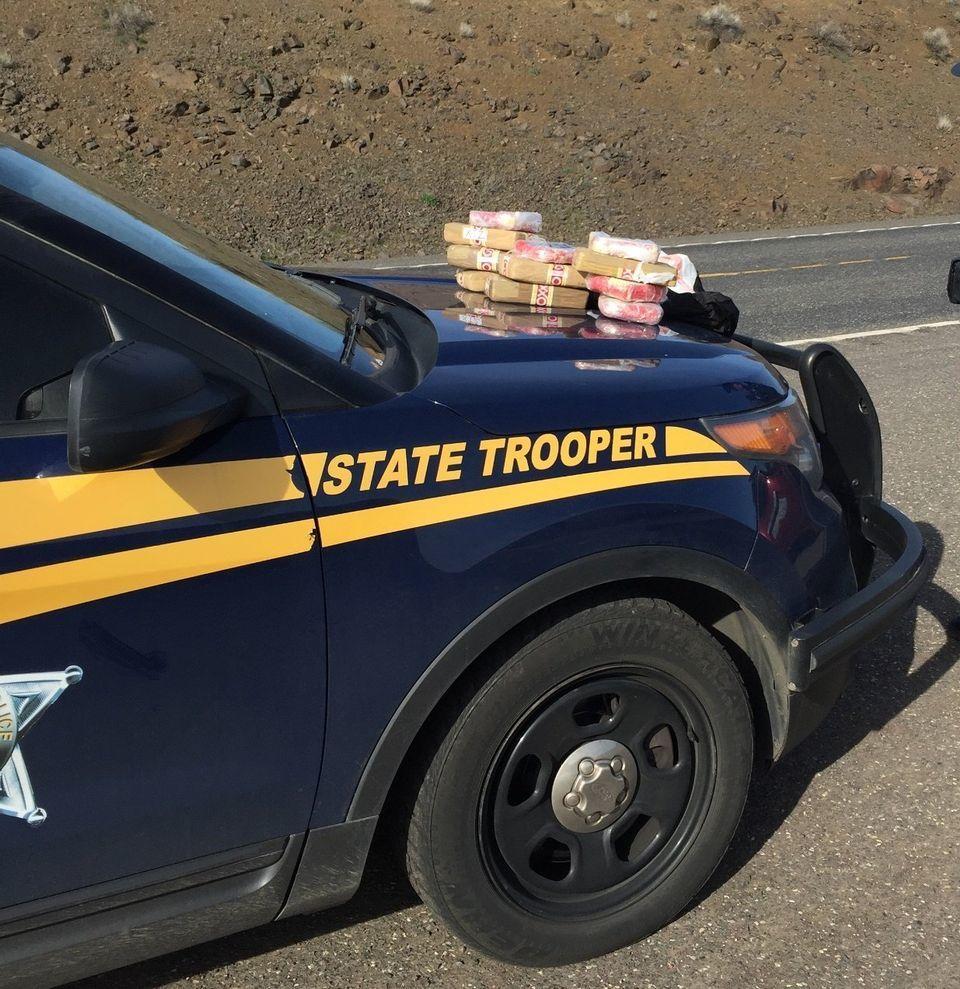 Authorities pulled over a minivan on Highway 97 south of Biggs Junction near the Washington border because the vehicle was missing a front license plate. When one of the two men in the van — identified as Alberto Alejandro Martinez, 32, and Jose Joel Helguera Del Rio, 31 — opened the glove box, the officer saw a handgun and ordered both men from the vehicle for a search.

The search initially revealed a rolled up $5 bill, coated with a powdery substance the trooper suspected was drugs. A further search turned up a black duffel bag with 13 packages containing about 25 pounds of cocaine on the third row seat of the minivan and 40 packages with 44 pounds of meth hidden in the floorboard in a big plastic bag. 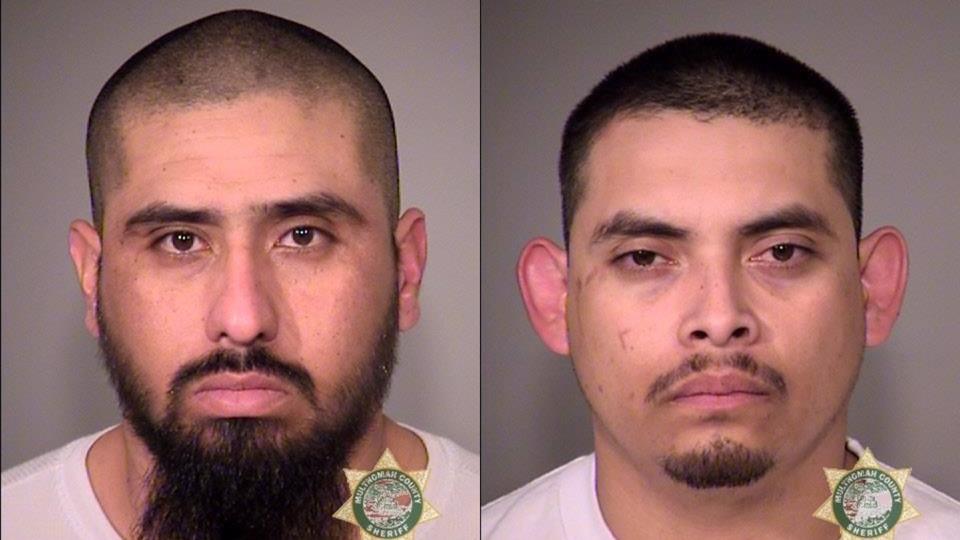 Both men were arrested on suspicion of possession with intent to distribute a controlled substance and possession of a firearm.